Thinking About Building a Swimming Pool? Here’s How It’ll Affect Your Home’s Value

Thinking About Building a Swimming Pool? Here’s How It’ll Affect Your Home’s Value

According to realtors in a recent HomeLight report, the estimated value of a swimming pool has increased nationally by 69 percent. In the Northeast, it has increased by a staggering 113 percent, followed by a 98 percent increase in the Midwest.

On the other hand, in the almost 10 years that I’ve been covering Remodeling’s Cost vs. Value Report, it has never even listed a swimming pool addition among its annual 22 recommended remodeling projects – and this year was no exception.

Granted, the pandemic has certainly caused a shift in the features that buyers want in a home. If you’re thinking about putting a pool in your backyard, and how it will affect your home’s resale value, these are three factors to consider.

Buyers and Homeowners Have a New Appreciation for Swimming Pools

During the pandemic, many people accustomed to frequenting beaches or swimming in someone else’s pool came to the painful realization that splashing around in the bathtub didn’t provide the same level of enjoyment. “And those who previously relied on HOA amenities for this lifestyle are finding value in having their own pool,” explains Debbie Marie, principal at WaveCrest Real Estate in Irvine, CA.

She states, emphatically, that swimming pools add to the home’s value, especially during the pandemic. “Pools have become in-fashion additions and have helped increase the desirability of a home.” That’s because more people are realizing the value of having a pool for both entertainment and exercise. Also, Marie notes that both children and adults can enjoy it. “Several of my clients with big lots are now considering building a pool in their backyard to do a value-add to their homes, she says. “For example, a home recently sold for $100,000 over market value because it had a desirable pool and an amazing backyard for entertainment.”

Her view is shared by Serri Rowell, owner/broker of Serri Home Team – Sea Villa Realty in North San Diego, CA. “Pools offer a travel oasis without ever having to leave the backyard,” she says. “We’re seeing that pools drive demand on homes and initiate more offers, which in turn helps to increase the home’s price even more.” In fact, Rowell says the picture of the pool is the primary MLS photo since it will attract more views and clicks than showing a photo of the house.

And this isn’t just a California trend – although Rowell says it helps to be in a place where the pool can be used year-round. According to Andy Peters, co-founder of The Peters Company at Keller Williams Chattahoochee North in Atlanta, GA, pools were once viewed as a liability by some. At that time, he says that probably as many people wanted them as avoided them. “But with the long-term duration of stay-at-home orders due to COVID-19, we saw a huge peak in demand for homes with pools last year,” he explains. “While we’ve come down from last year’s peak, we are still seeing above-average demand for pools.”

Building a Pool is Expensive

Swimming pools aren’t cheap, especially if you want a nice one that can help to increase your home’s value. Christopher Grubb is the president and founder of Arch-Interiors Design Group in Beverly Hills. He’s designed several pools for homeowners, and says the cost can range anywhere from $45,000 to over $200,000. “The actual amount will depend on whether you’re just building a pool, or if you also want an outdoor shower, pool house, patio area, outdoor kitchen, et cetera.”

In addition, Grubb says that some homeowners include different levels to delineate the various backyard zones. “I recently designed a pool and added a waterfall effect from the jacuzzi spilling into the pool, which is not only visually appealing, but also provides a soothing waterfall sound.”

And buyers are more than willing to pay for these features. According to the HomeLight report, 62percent of realtors believe an outdoor kitchen, wet bar, or snack bar nearby was considered the top swimming pool feature.

Michael Bennett, the regional manager and real estate advisor at Atlas Real Estate in Phoenix, AZ, believes that homeowners in a market where pools are coveted can definitely expect a boost when it’s time to sell.

“A big part of the reason is that you can effectively finance the cost of the pool and associated landscaping at the same rate of interest as your home loan,” he explains. “Even if you end up paying more for the home with a pool than you would by putting in the pool yourself, you would still need less cash upfront as buyers are commonly putting 3.5 percent to 20 percent down.”

And there’s another reason he believes buyers would rather purchase a home that already has a pool instead of building it themselves. “It can also take weeks or potentially months to build in the case of concrete pools, whereas an existing pool can be enjoyed the day you move in – and during the Arizona summer, that is worth paying for.”

However, not all buyers are looking for homes with pools and some are actively avoiding these types of listings. Melanie Dawkins, a real estate agent at Red Door Realty in Lincoln, NE, believes a pool is a tricky element because there are so many different opinions. “There are some buyers who would see a pool as a huge asset and some buyers that would never consider a home with a pool.”

Many of the buyers who would shy away from the home do so because of safety reasons. “Safety is a big concern with buyers that have young children, and the fear and the tragic stories about children that have lost their lives in their own family’s backyard can definitely stick with some parents,” she explains.

It also takes money and/or time to maintain the pool. “There is a lot to learn about caring for a pool that a homeowner would have to devote to keeping it clean and functional,” Dawkins says.

And here’s something else to think about: she says a pool can take up a lot of space, leaving nowhere for the kids to run and play. “While some buyers really want a home with a pool, I find that most commonly, it has been an added extra that many of buyers would rather do without.” And that’s why Dawkins believes it can narrow your prospects when it’s time to sell your home.

When my three nieces were young, my brother bought a house because it had a pool (and deck). He considered it a great way for the girls to exercise, and he was right – they would spend several hours a day in it, and in the South, summer never seems to end. However, the first thing he did was ensure that they all knew how to swim.

Later, he told me another advantage was that instead of asking to go to their friends’ houses, their friends would all want to come to the home with the pool, and as an overprotective father, he felt a lot better having them entertain at home.

But he admitted that cleaning and maintaining the pool was a tedious and time-consuming chore. So much so that when his youngest daughter went off to college, he filled in the pool and then put sod over the area. You can’t even tell there used to be a pool in that section of the backyard.

I asked him if he regretted the decision, and he said, he would do it all again because he thought the benefits outweighed the maintenance. 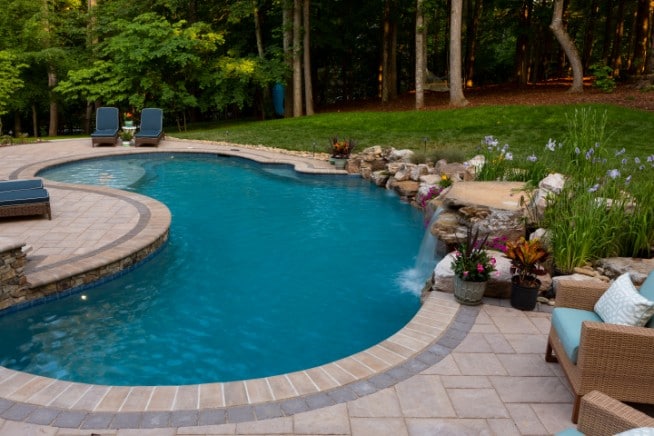 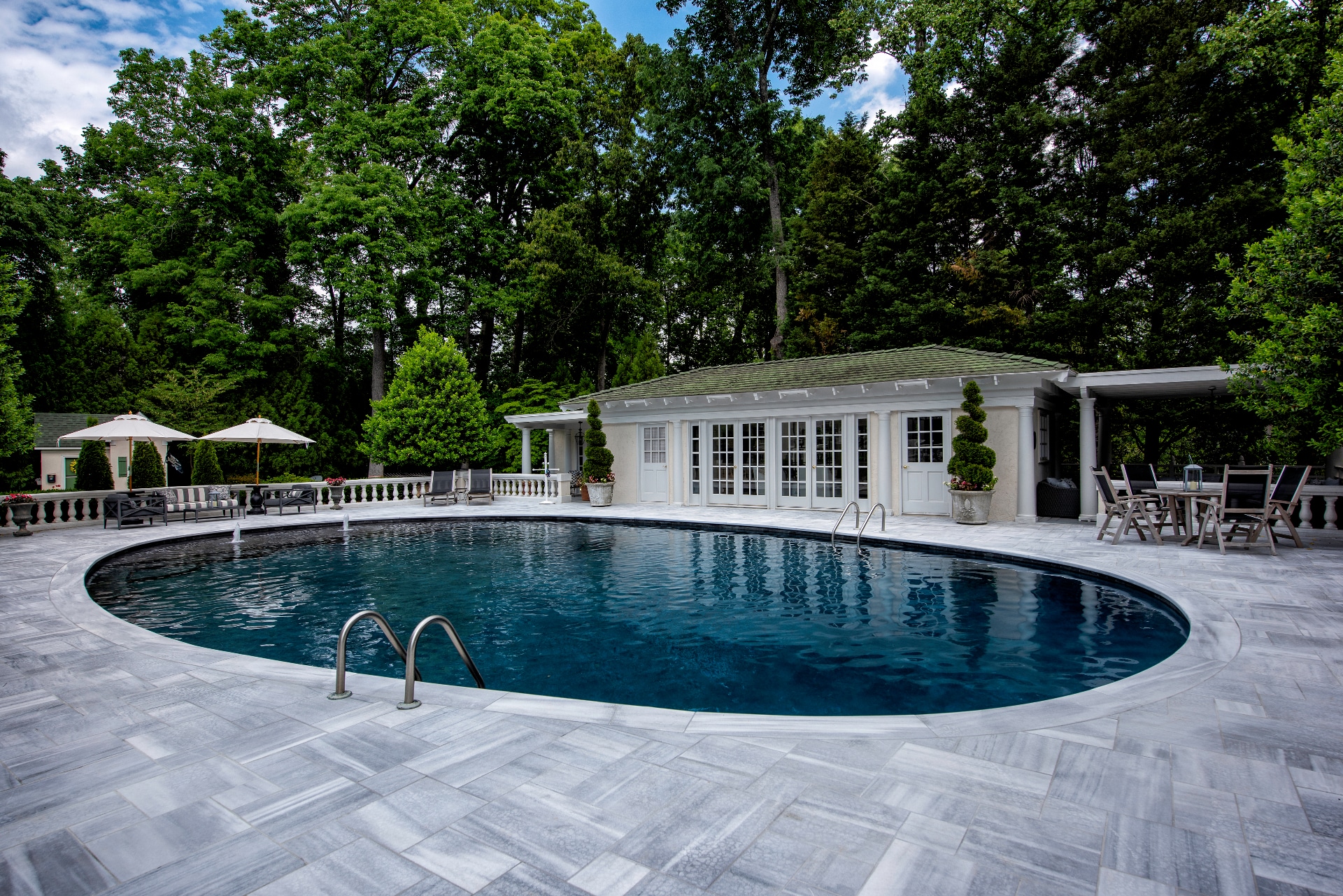